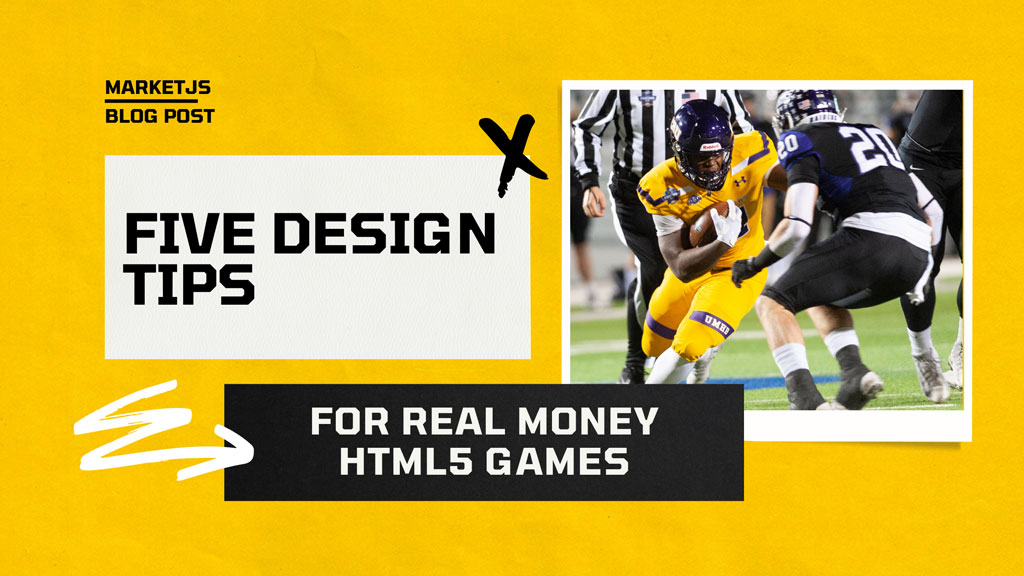 What is Real Money Gaming?

Real Money Gaming (RMG as it's often called) is an experience where the end user pays to play a skill-based game, with the goal of earning a higher payout in form of real cash or prizes.

Also known as prized-based gaming or skill-based gaming, RMG is a new phenomenon in the past few years, driven due to open legislation by certain jurisdictions, high growth in online casual games, and of course, the demand by players to earn real rewards for playing casual games online.

Large companies such as Facebook have acknowledged this fact and are actively nurturing a community of operators, developers and media companies to support this new ecosystem.

Familiar operators in the RMG space include Skillz (US, publicly listed), Mobile Premier League (India, close to $1B valuation), GamerSaloon, and AlphaDraft.

1) Limit the file size to under 5 Megabytes per game

The HTML5 game should be packed into the smallest size possible, for quick loading. Every second saved, is a second not wasted by the end consumer.

Single player, hypercasual games tend to be games with the highest ROI (Return on Investment), because they are easy to integrate, easy to operate, and easy to maintain. Multiplayer games are not recommended because they overcomplicate the project by an order of magnitude, in terms of time, cost, and ongoing support.

Note: The single player game does not mean that it's not social. It is relatively easy to design a tournament system on your backend server, where you issue for example 1000 players with the same tournament ID. All 1000 players will play the exact same singleplayer game, while they compete for the high score. Any competent backend engineer should be able to figure out the database schema for a tournaments system. A blog post about database design for casual HTML5 RMG games will be published soon.

Do not allow users to click around the game too much. Instead, allow they to only focus on a single action, in their attempt to score the highest amount of points.

Every RMG game should literally just start with a clear command, such as:

The FTUE sets the tone for all engagement in the game, and affects all down-funnel engagement metrics.

Endless runner games are the best candidates for RMG, because they are quick, easy to to learn, and difficult to master games. The user has to avoid obstacles, eliminate enemies, sidestep danger and more to keep playing. One mistake and they're out of the game.

Setting a time cap on the user experience is also a common tactic that works for many RMG operators.

By using the above design elements as a guideline, your RMG game operation will perform much better compared to the rest of the industry average. Contact us if you require assistance tackling the RMG market.