We recently built a digital signage game for Toyota, in conjunction with the annual NHRA Drag Racing event.

Toyota, a proud sponsor of the event, wanted a game on a digital signage that visitors could interact and have fun with in their booth. We designed a simple race game that players can go head to head with, via simple controls.

Players get to choose up to 5 different, 3D-like race cars on the tablets.

Once ready, both players wait for the cue on the large screen. The lights will go from white, to orange, to finally, green. The player with the fastest reaction time to hit the 'Go' button on their tablet will speed up and win the race. Spectators witness the winning car overtaking the slower car. 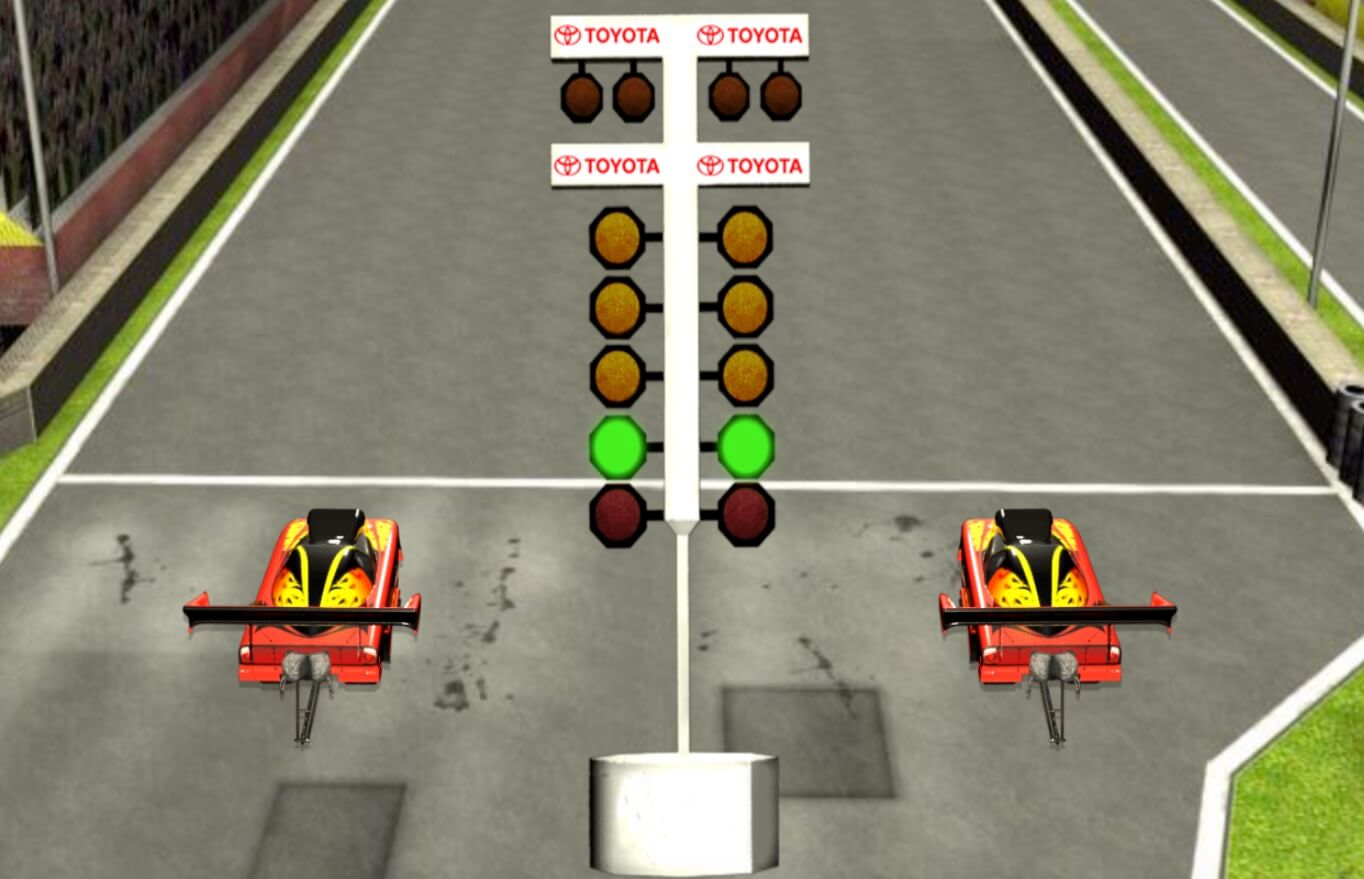 Figure 1 - Both cars at the starting line 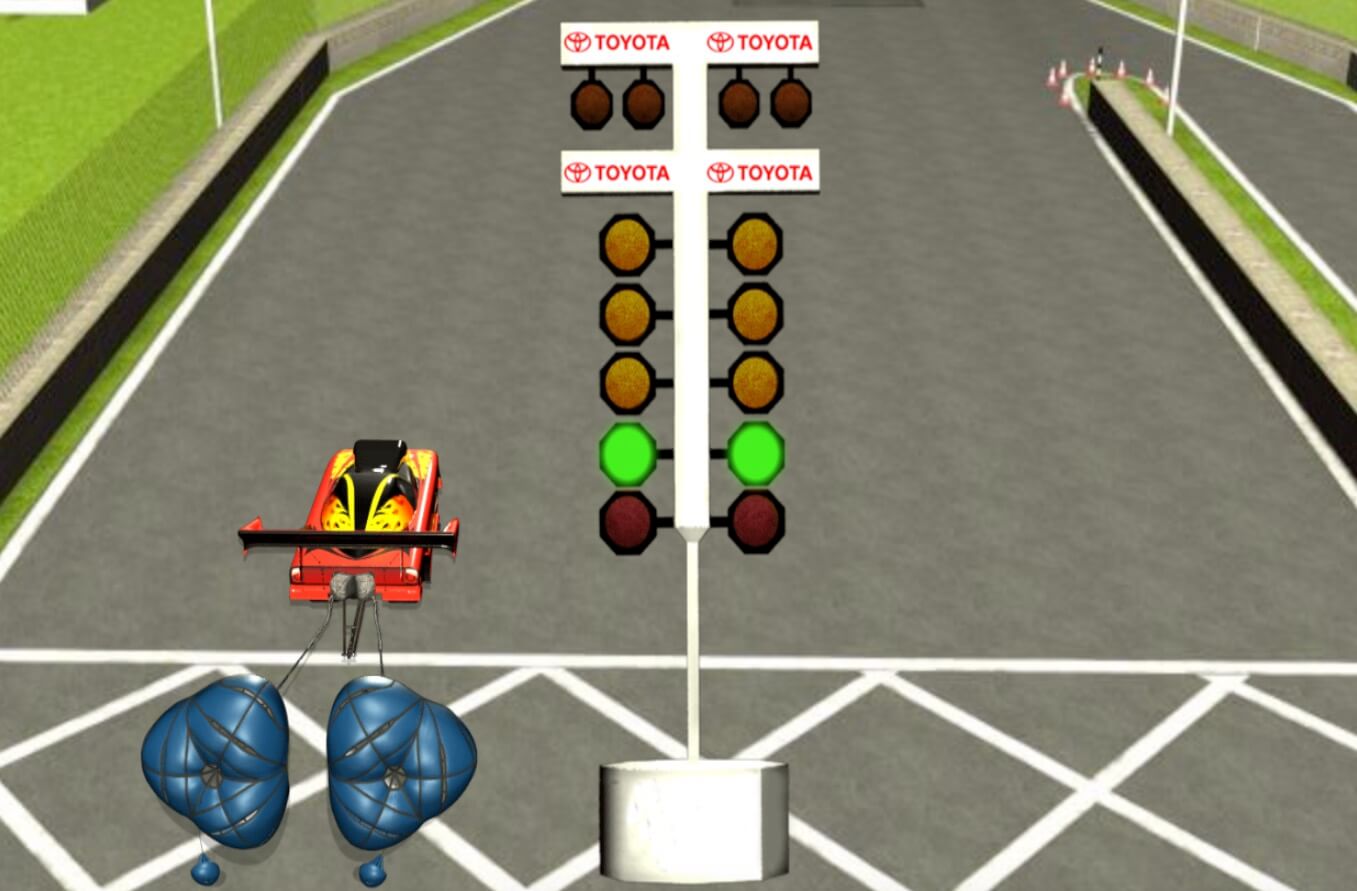 The winner gets her car and name displayed on the end screen. A special prize is also awarded by the booth representative. 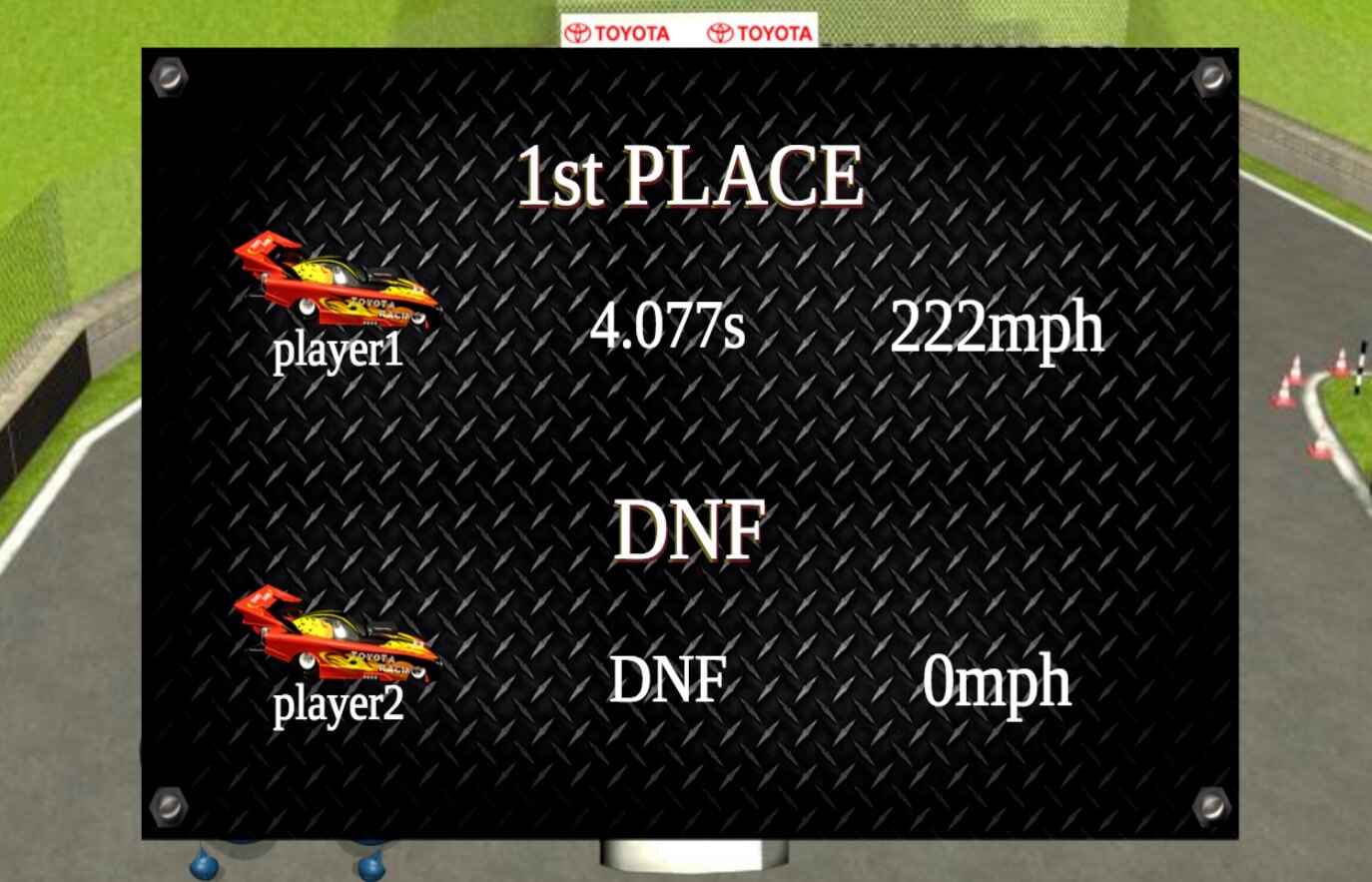 Figure 3 - The winning stats shown by the user. It appears that player2 did not finish the race. 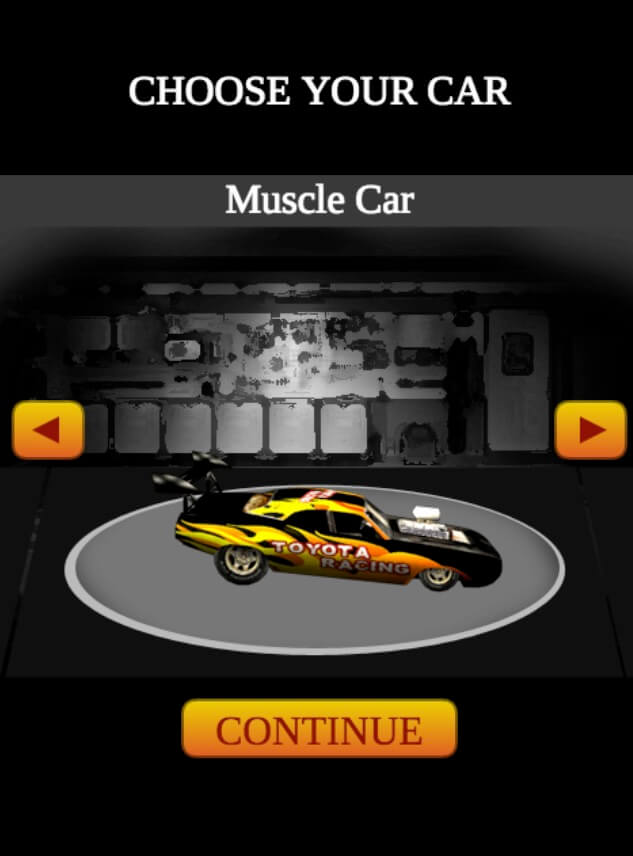 Figure 4 - A muscle car being reviewed by the player on the tablet device. It's big, heavy and powerful, but requires a longer startup time. 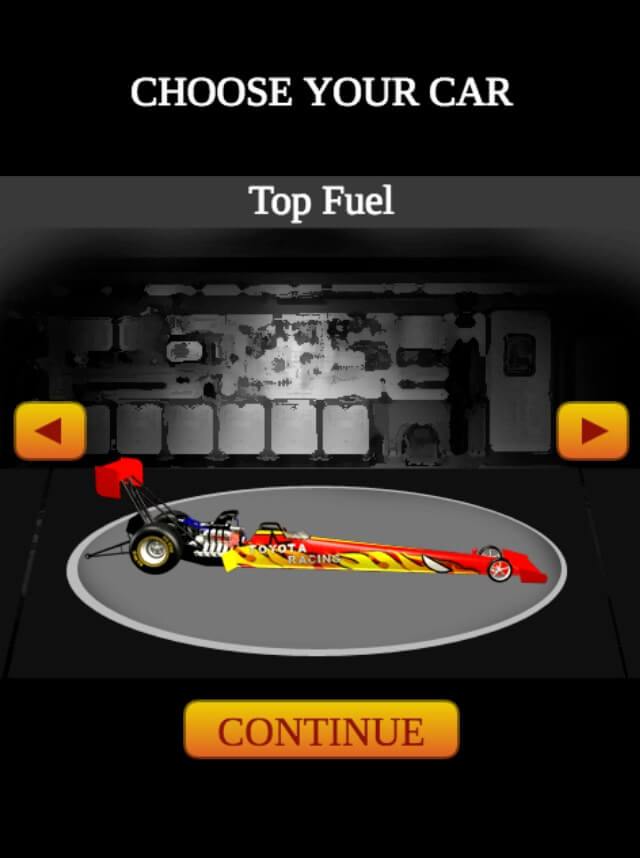 Figure 5 - A thin lean and fuel efficient car. It's perfect to counterbalance the muscle car. 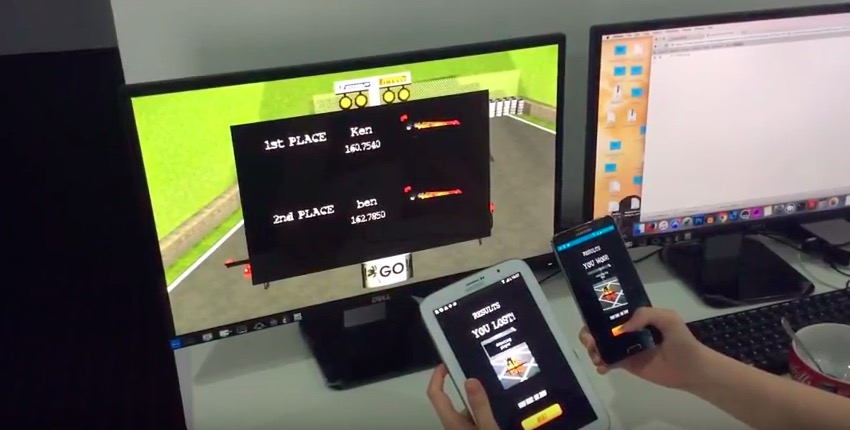 Figure 6 - How it looks like in the development lab. The large screen represents the digital signage, while the tablets represent what the booth visitors get to hold in the end. Notice the absense of wires, due to the added benefit of the Chromecast connectivity.

HTML5 is the perfect solution for digital signage games because of their portability, speed in development and overall cost-effectiveness for marketing campaigns.

If you're still not convinced, listen to this podcast episode where we talk about using leadgen games to generate millions of dollars of additional sales. The example is from Tesla motors.