Since 2004, Pogo TV has launched a number of popular animated and live-action shows. They recently released their latest animated comedy, Tik Tak Tail. As part of the marketing campaign for this new TV show, we helped Pogo develop a customized HTML5 game.

The cartoon show features Tik, the cute and fun-loving rabbit, Tak, the ferocious yet not-so-smart tiger, and Tail, the living, breathing tail of Tak. Together, they form a three-way conflict that ends with Tik winning every time. Tak is always hunting for Tik. While, Tail is a vegetarian and Tik’s rival for carrots. 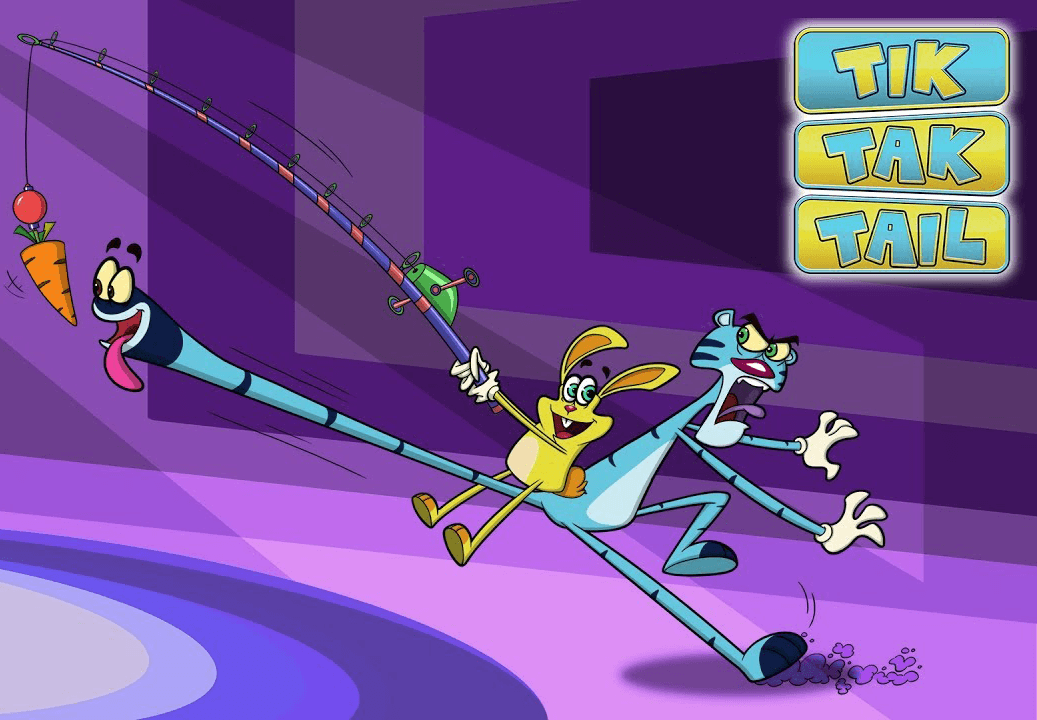 What better way to promote a show to kids and kids-at-heart than to endorse it through a game? Using HTML5 reskinning technology, we developed a branded game called Tik Bubble Shooter that was then used in an online contest for the show. During the contest period, kids between the ages of 4 to 14 competed for the highest score to win prizes. 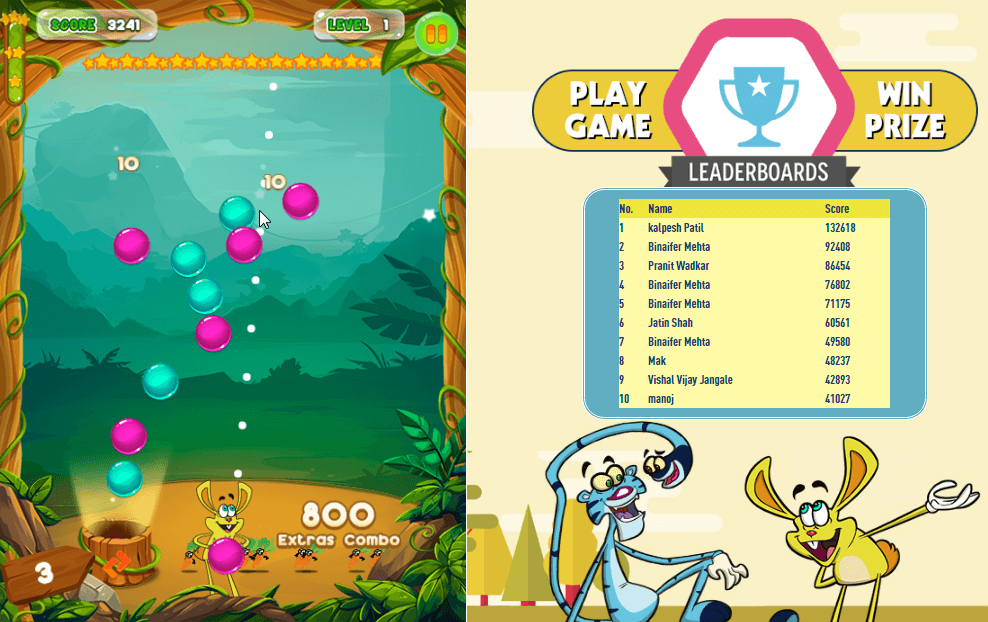 Participants may play any number of times provided that each score entry is submitted separately. At the end of the campaign, promoters of the show awarded the top 3 scorers of the game.

Aside from being fun, games provide a high level of engagement and interactivity to the target audience. The impact of games on players last long after players have finished playing, longer than other forms of advertising. This is why games are gaining huge popularity as digital marketing tools.

Players of the game must help Tik collect all his carrots that are trapped in some of the colored bubbles. In order to do this, players need to clear out all the bubbles in each level by forming clusters of 3 or more like-colored bubbles. Tik launches bubbles from the bottom of the screen, and players can control the direction of his aim. 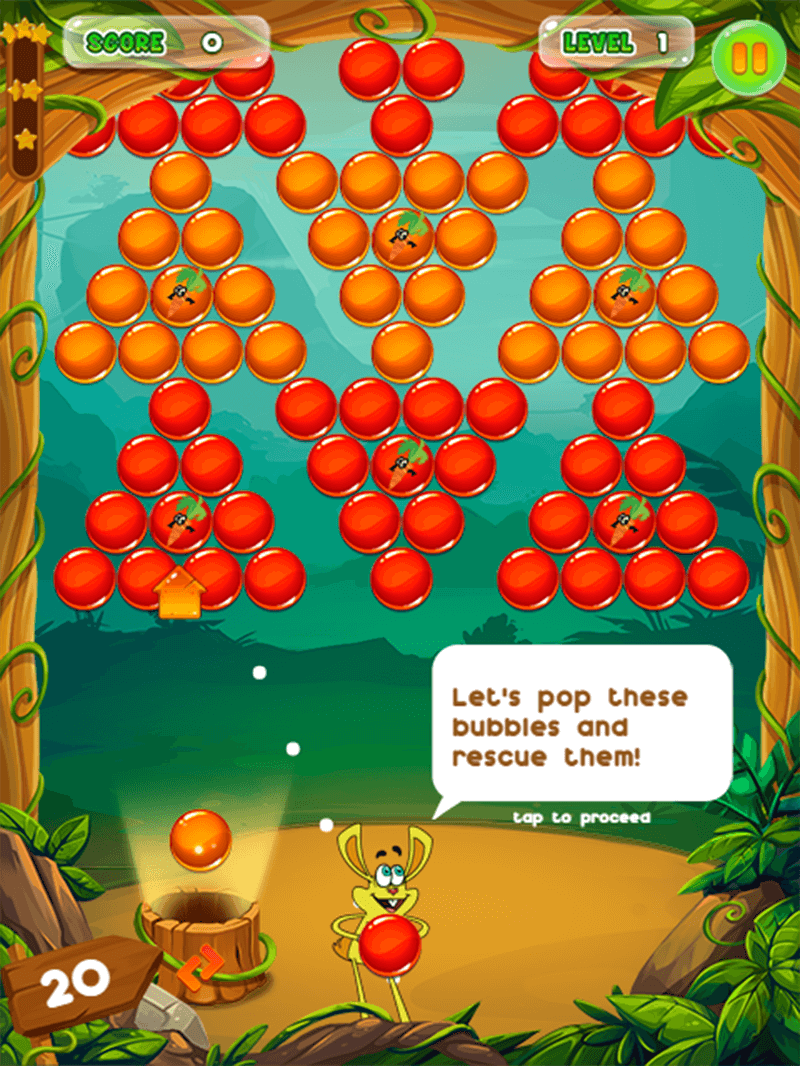 Since this game is designed for a contest, Tik the Bubble Shooter implements a scoring system with a leaderboard. Each bubble cleared is worth 10 points. The game ends when players use up all their remaining bullet bubbles.

Here is a short demo video of the game:

Reskinning is the process of adapting an existing game engine into a new game. The core of the game remains the same, while the look and feel of the game are reworked to suit a marketing campaign.

In recent years, the advantages of reskinning games have become widely popular among brands, especially those with tight deadlines. With work significantly trimmed down, this method reduces turnaround time, overall cost, and development risks, while providing an increase in marketing reach. 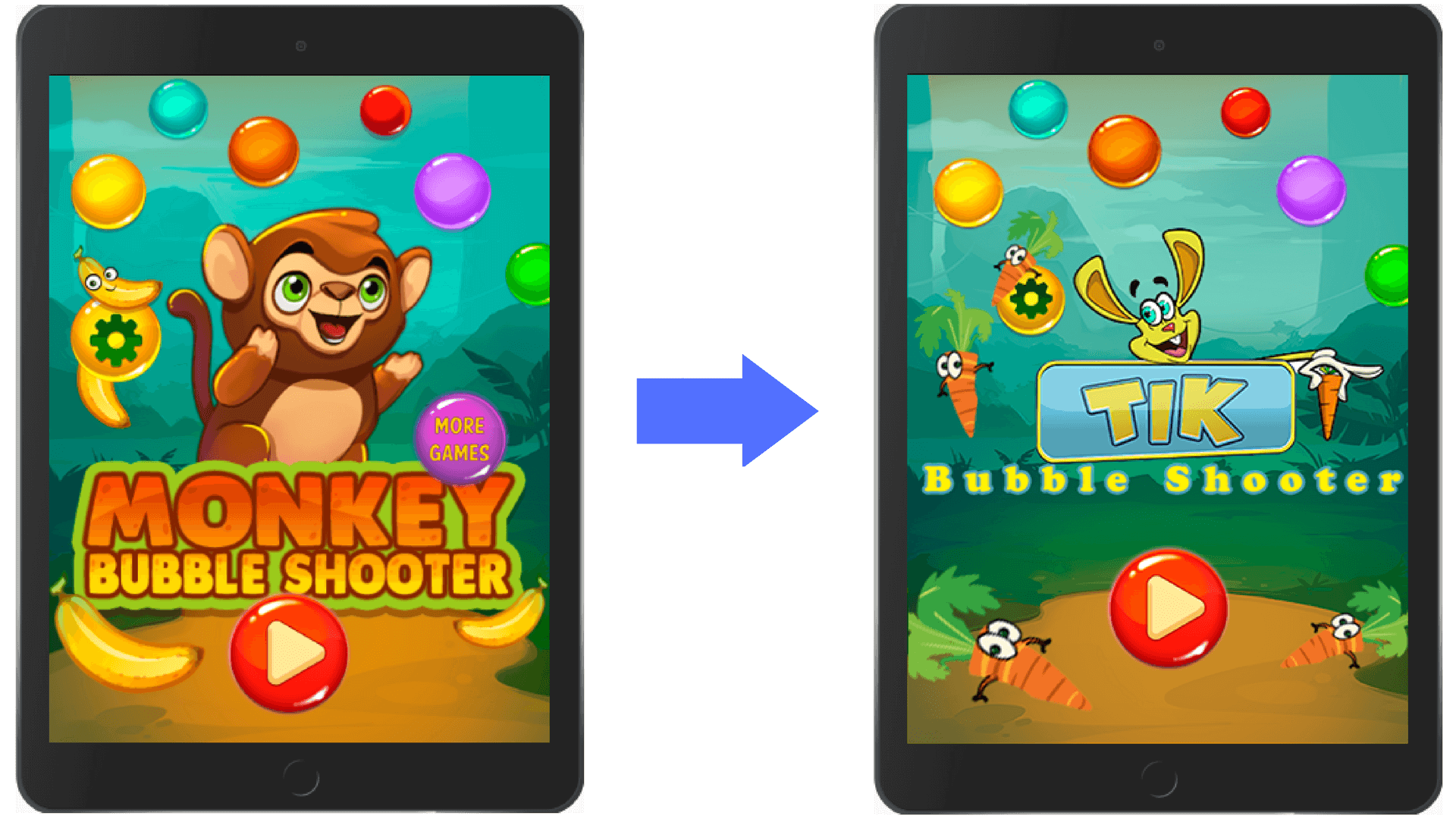 For this project, we reskinned the game engine of Monkey Bubble Shooter using Tik Tak Tail’s artwork. With some coding adjustments from our game developers, the result is Tik’s very own bubble shooter game.

HTML5 is a very powerful and versatile technology that allows impressive games to be developed across major operating systems and computer devices.

HTML5 games works well with Windows, Mac, Android, iOS, and other operating systems. They can run with very minimal requirements. A single build of the game can be deployed in all of these platforms.

All of the major console, handheld, desktop, and mobile devices support HTML5. Unlike Flash games, users no longer need to install any plugins or extensions.

For the past few years, advertising through HTML5 games has been a global trend in digital marketing. We are fortunate to have shared our work with Pogo TV in promoting their latest show, Tik Tak Tail. Using reskinning technology, we developed a match-3 shooter type game, called Tik Bubble Shooter. Players will help Tik find his carrots by clearing out all the bubbles in the playing field.

Through HTML5 technology, developing this game has been time-saving and cost-effective for both Pogo TV and our team. This experience is a classic example of how brands can become successful with HTML5 games.

To learn more on how your brand can benefit from HTML5 games, feel free to contact us.