OSN On The Run: HTML5 Game for a TV Network 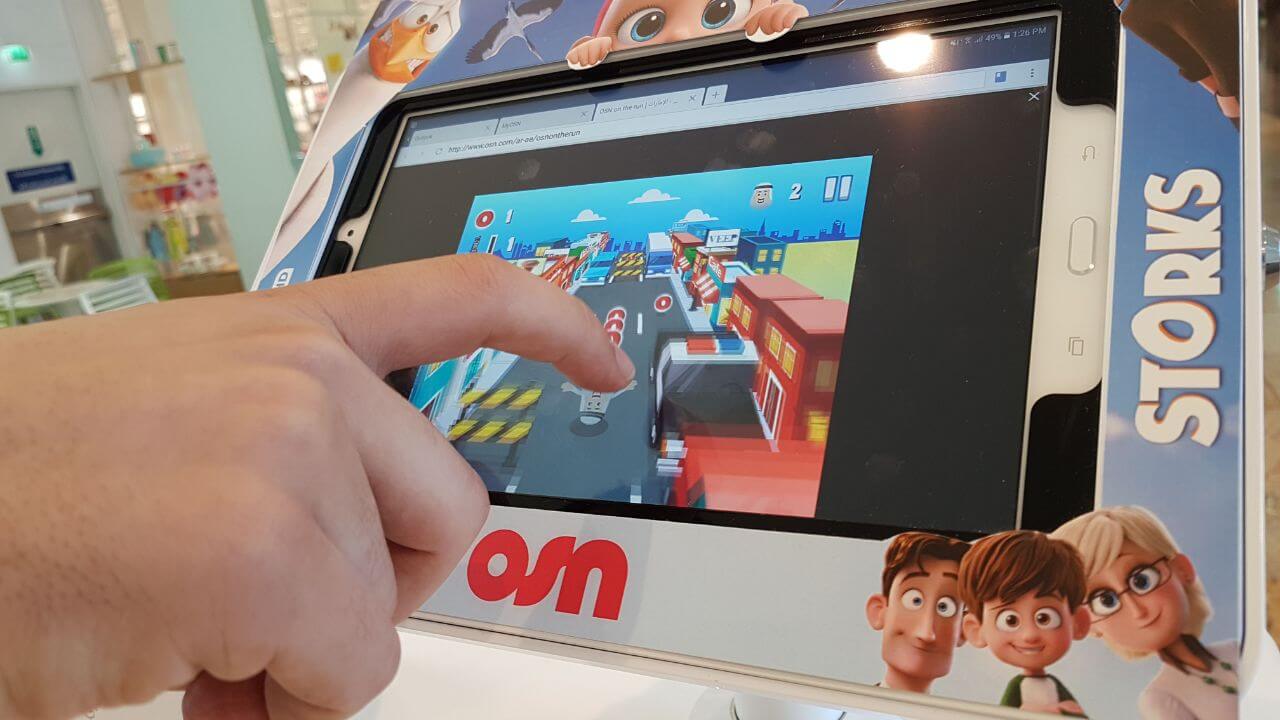 OSN is a Dubai-based television company that offers over 150 channels to a wide range of viewers with shows using either English or Arabic. They also offer customizable and pre-built channel packs that’ll suit just about anyone.

OSN On the Run is a HTML5 game we built for OSN's marketing campaign. The game is an endless runner that captures the everyday struggle of rushing home to catch your favorite TV shows. 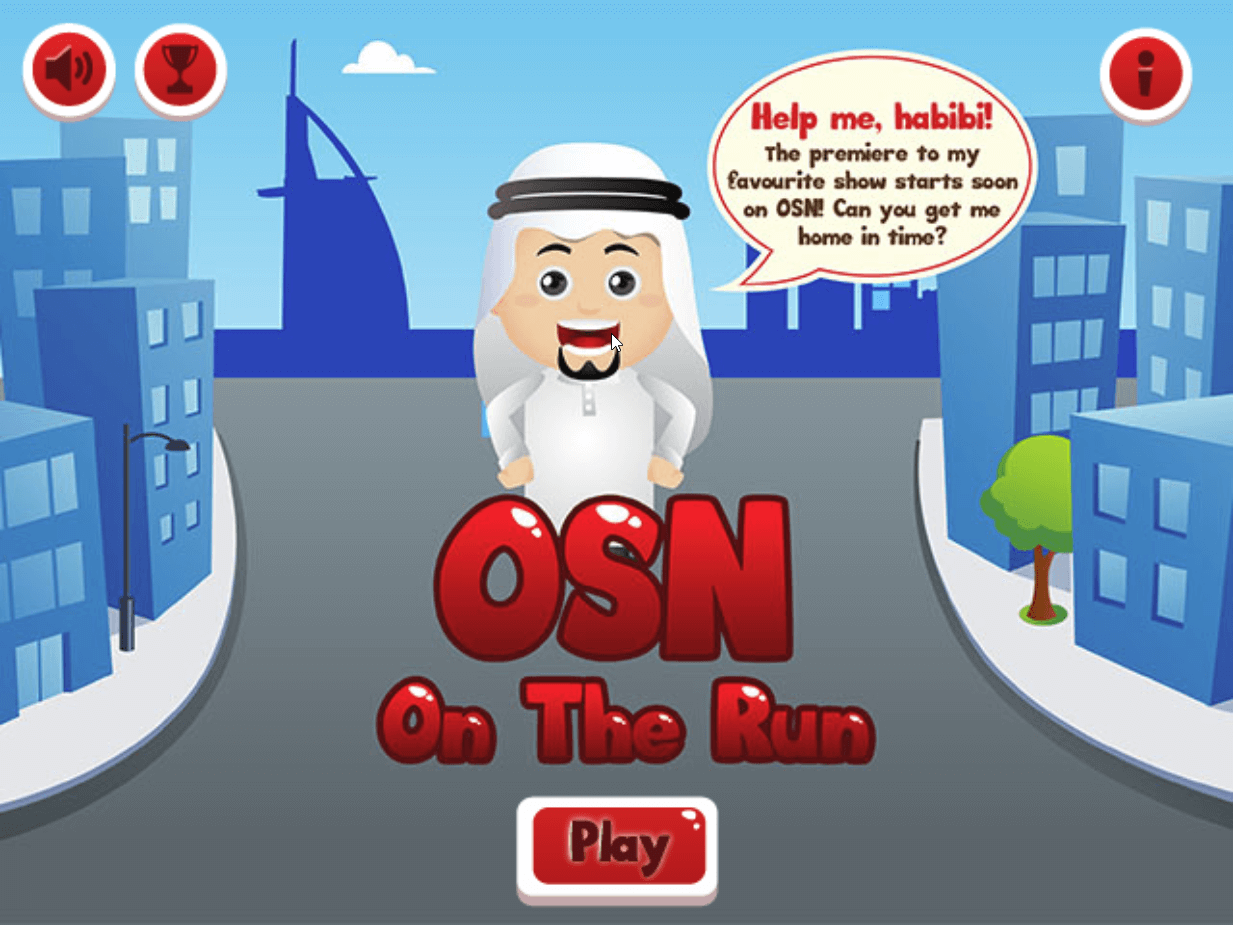 In the On the Run game, your goal is to help Habibi get home in time to catch the premiere of his favorite TV show on OSN.

You need to help him avoid obstacles by swiping left or right to move away from obstacles. Swiping up makes Habibi jump while swiping down makes him slide under roadblocks. If you’re playing on a desktop, the controls are bound to the arrow keys (up, down, left and right). 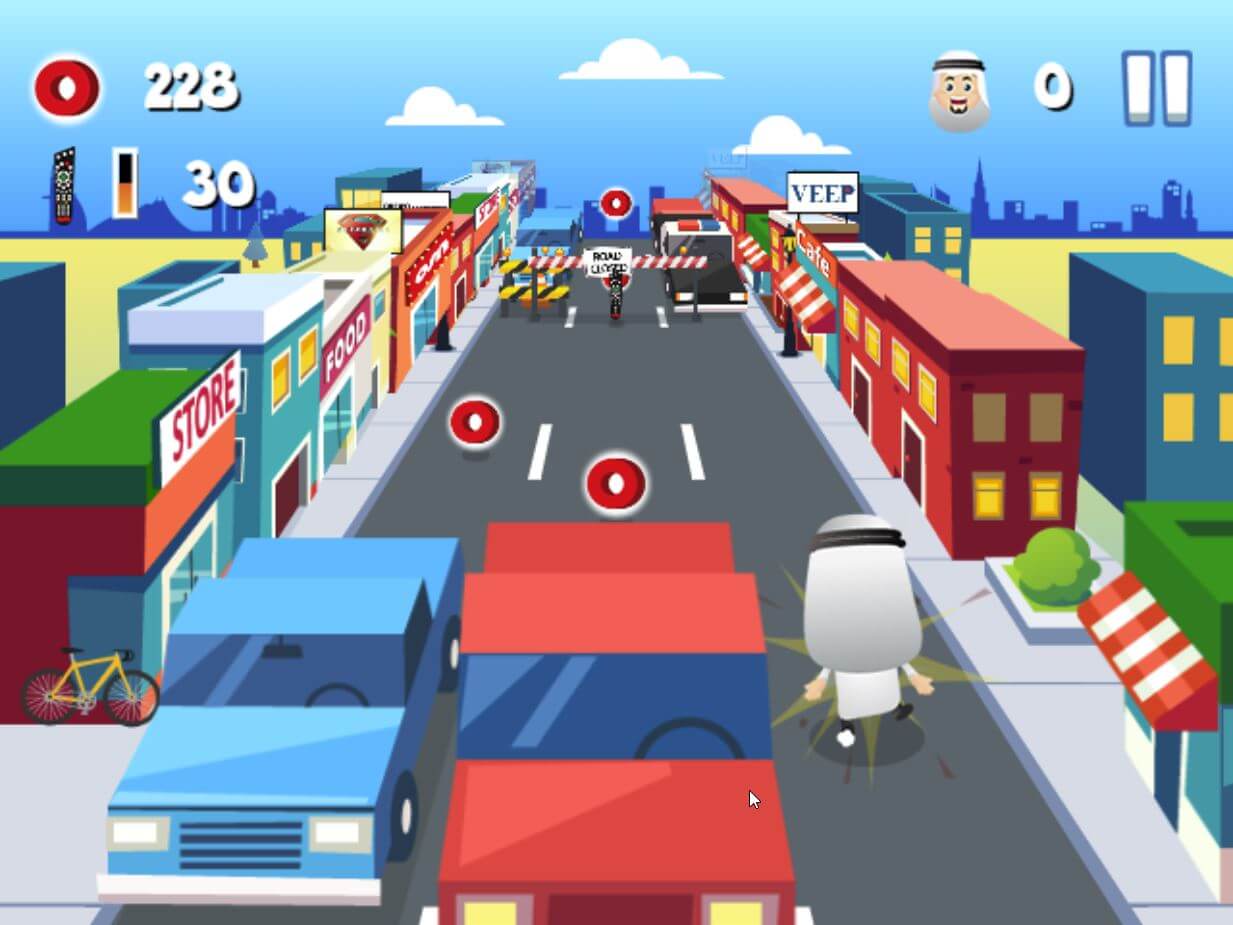 You gain scores by running over O-shaped coins that are scattered throughout the street. Collecting a few remote controls will grant you invincibility to run through obstacles without taking damage. Hitting four obstacles will instantly end the game.

See the game in action below.

For OSN, we used our Giant Hamster Run game. All of the base game’s core mechanics were preserved, but the art assets and theme have been changed to match OSN’s brand.

Reskinning is the best option for brands that want a fast turnaround time and a desirable production cost on their game. It’s also a very simple process, you choose a game that you like and we’ll change the art assets to match your brand.

HTML5 as an Engine

As a game engine, HTML5 is known to be the best in cross-platform compatibility. It’s able to run on any modern desktop or mobile browser, ensuring that your brand reaches the largest possible audience.

HTML5 is also a hassle-free engine for users. By implementing the use of this engine, your users will never need to download a file or install a plug-in. It’s as easy as clicking a game and playing it.

In addition, the game is equipped with a registration form for collecting voluntary e-mails and mobile numbers. This makes the game a great lead generation tool, while also driving traffic and increasing the OSN website’s exposure.

Listen to our Game Reskin Podcast

Listen to our podcast series, where we discuss game reskin projects in a practical manner.

Visit our website and leave us a message if you’re interested in acquiring our services for your brand.

"Thanks to the entire MarketJS team for delivering a great game with beautiful graphics tailored exactly to our needs."