Oddbods is a sketch-based kids series following the adventures of seven cute little characters. The series debuted in 2014 and is currently broadcast on many networks worldwide, on free-to-air, as well as subscription channels. It is also available on social media channels, such as YouTube.

We are very proud to have worked with One Animation, the producers of Oddbods, on the production of six HTML5 games for the show’s official website. We are featuring these games in a series of case studies, starting with Oddbods Forest Run. 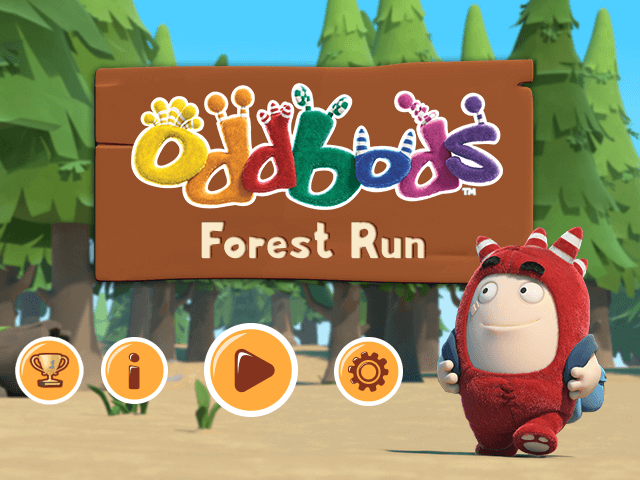 The game is an endless runner where you play as Fuse (the red Oddbod). Your goal is to cover as much distance as possible while collecting all the chilis that you can and avoiding various obstacles along the way. The controls are simple, you just tap to jump, if you tap towards a beam or the ground you go up or down respectively. The game also features a scoreboard (leaderboard) system. 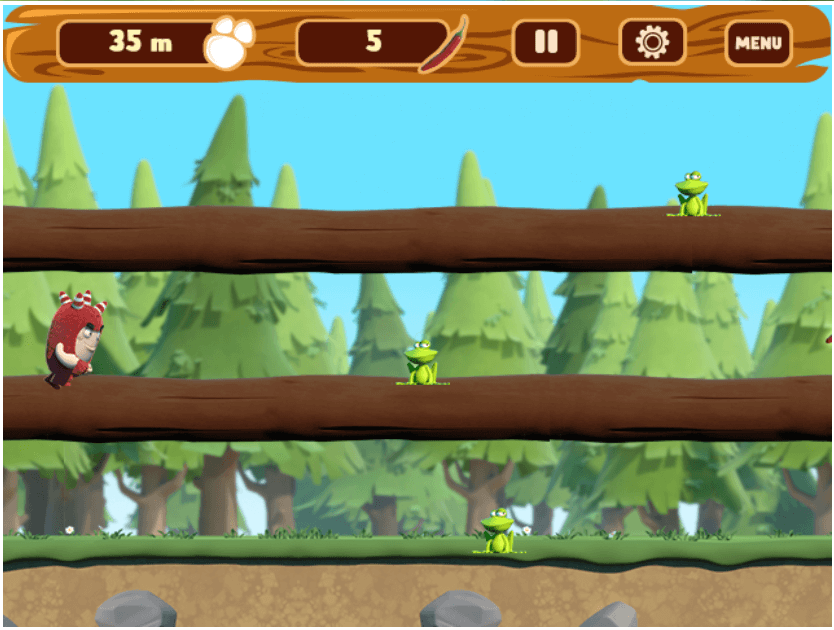 Oddbods Forest Run is a reskinned version of our game Banana Jungle. We changed the visual assets and aspects while retaining the core functionality from the original game.

Reskinning makes it easier to plan and organize your project. You just find a game concept or game mechanic that you like, you design the art or the visuals for it, those get implemented and that’s pretty much it. The other two notable benefits of doing this is the lower cost (the game isn’t entirely built from scratch) and lower turnaround times (especially beneficial for projects that are pressed for time).

HTML5 as a game engine

Choosing HTML5 for your game engine is quite beneficial. Your games will be cross-platform, meaning they will work on all major browsers and devices. They can even be packaged as a standalone or pre-installed game for Android or iOS systems.

In the case with One Animation, games add additional value for their users by allowing fans to interact in a fun way with their favourite characters. Being hosted on the Oddbods website, they can increase web traffic and exposure too.

It has been a great experience working on all of the Oddbods games. Suitable for all ages, they are sure to provide additional value to the brand and the show as a fun interactive activity for their fans.

In this case, the game can serve as a way to organize giveaways or sweepstakes for the lucky/best players using the leaderboards. Furthermore, if this were to be coupled with users entering their e-mail or other details, it can serve as great material for lead generation or future campaigns.

Stay tuned for more insight on the other Oddbods games. If you are interested in our services, head over to our contact page and send us a message.