AirAsia is a low-cost airline headquartered in Malaysia. They have been awarded as the world's best low cost carrier for 8 years in a row, including the latest award for 2016.

We are thrilled to present you a HTML5 game we designed in partnership with AirAsia. The game features AirAsia CEO Tony Fernandes flying their Airbus A320 while collecting BIG points. The game also features Tony’s friend and rival, Richard Branson (founder of Virgin Airlines). You can pick him up from his hot air balloon to ride along with you!

Other than promoting the brand and entertaining the passengers the game also promotes their BIG Loyalty programme. It’s a feature AirAsia designed to show gratitude to their customers for their support and loyalty, thus enabling AirAsia to be the best low cost airline for all those years in a row. BIG points are earned depending on how much you spend or your fare type but also while playing games! 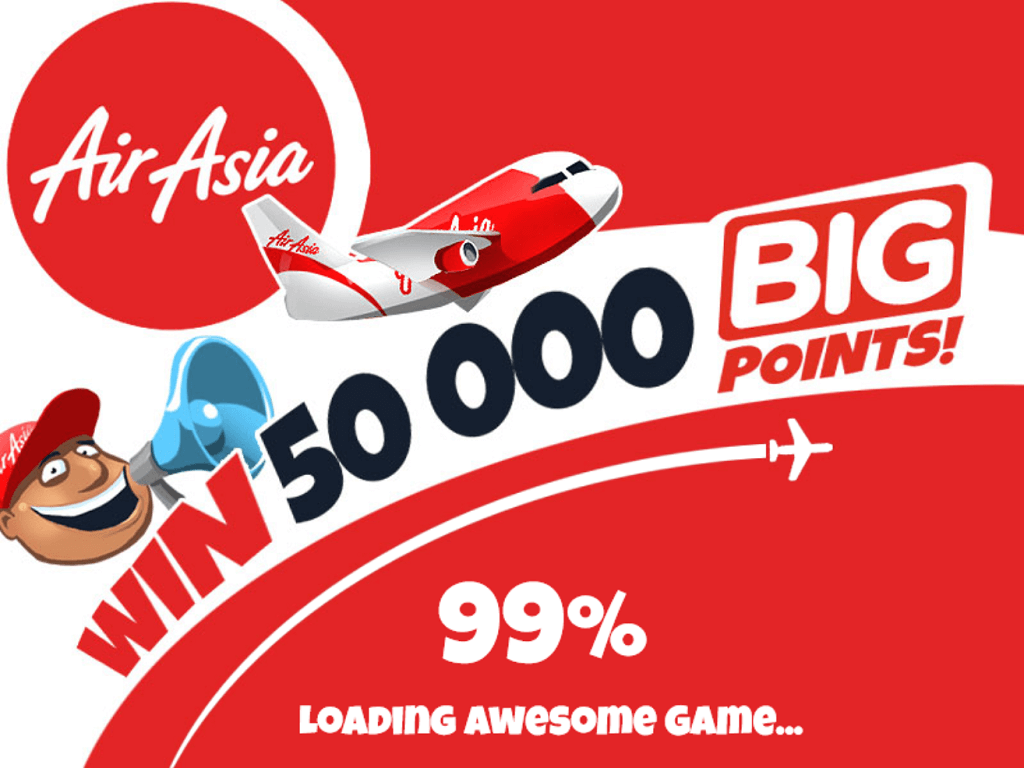 In this game your goal is to collect as many BIG points as possible within the time limit. The plane is flying at a constant speed until you tap in a direction behind or ahead the plane to slow down or speed up, respectively.

To give you a boost, you can collect speed-up marks along the way. Likewise, be wary of the clouds as they can slow you down. You may notice other planes in the background lagging behind, this was meant to show how AirAsia is always ahead of its competition.

In the end the game displays how many miles you traveled. 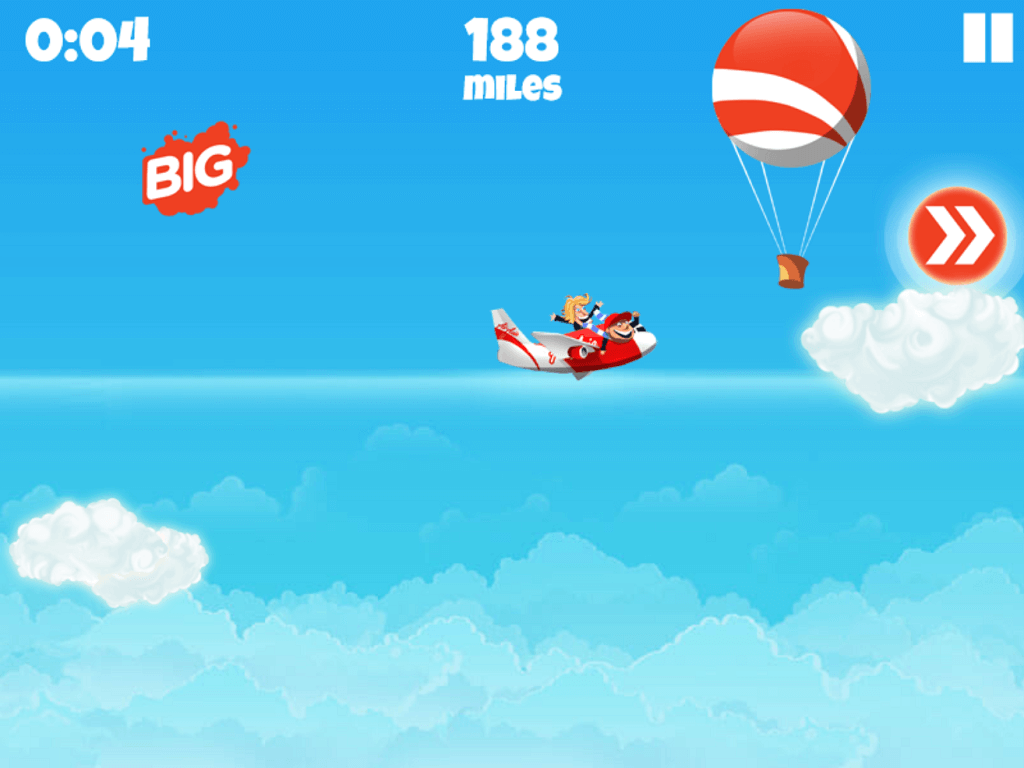 HTML5 games are built using cross-platform HTML5 technology. This means that games can run within mobile browsers of smartphones, tablets, smart TV’s and many other devices. Like in this instance, thanks to HTML5, airlines can provide games to their passengers because platform isn’t an obstacle.

These can be streamed via an internal Wi-Fi network on the aircraft via BYOD (Bring Your Own Device) model or be preloaded within tablets (either as HTML5 or Android APK).

Working with AirAsia has been a great experience and it goes to show that for HTML5, the sky is the limit. The game we made serves as a great entertaining and promotional tool for AirAsia.

If you would like a bespoke game of your own or are in need of reskining or development services, head over to our contact page and send us a message.