We had a great opportunity to work with Warner Bros. in building a browser game based on the Flintstones classic cartoon series. Founded by Harry, Albert, Sam, and Jack Warner in 1905, Warner Bros. Entertainment is one of the biggest entertainment companies in America. This multi-billion dollar film empire has spawned many high-grossing films through the decades. Some of their popular movie franchises include Harry Potter, Batman, The Hobbit and the Matrix.

Warner Bros is also responsible for some of the hit TV series like Buffy the Vampire Slayer, Smallville, and Dawson’s Creek. They released well-known cartoons including the Looney Tunes, Superman, Batman and of course the beloved classic The Flintstones, which was originally created by Hanna-Barbera in the 60’s.

Warner Bros. currently owns the license for The Flintstones and they released a new direct-to-video animated film entitled The Flintstones & WWE: Stone Age SmackDown!. The film was made available in 2015 and featured some of the famous WWE wrestlers in animated form. 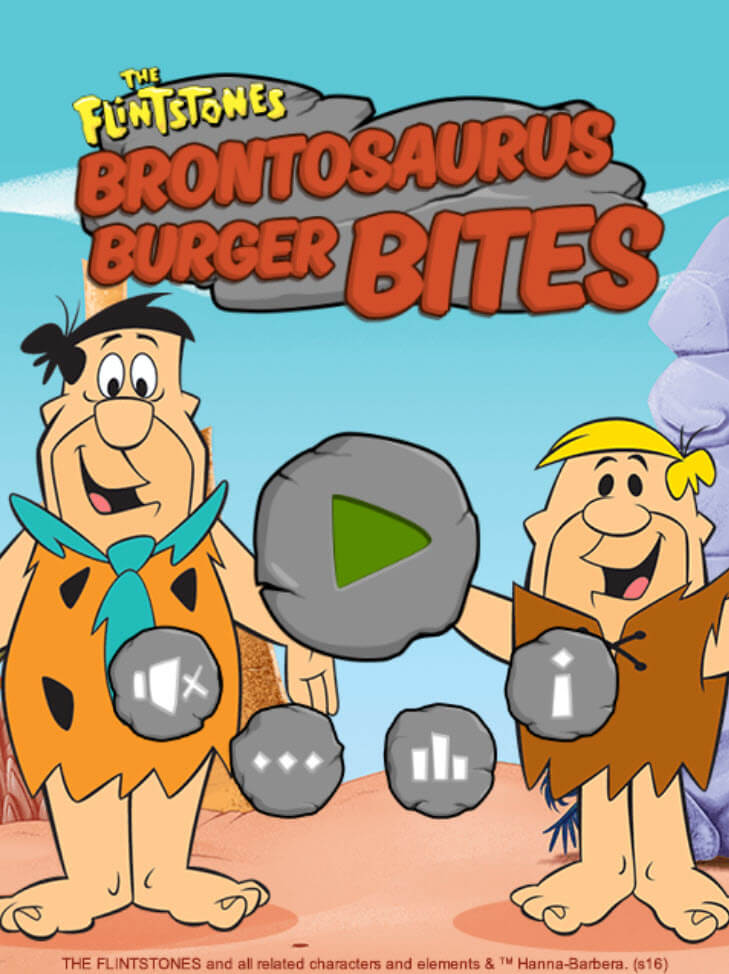 We developed a game called The Flintstones Brontosaurus Burger Bites for Warner Bros. It is a Match 3 type game where players must connect 3 or more identical icons to score points; the more identical icons are matched in one move, the bigger the score. In order to complete a level, players need to reach a certain amount of points. We used portraits from the Flintstones characters as part of the game mechanics. Players need to consume a certain amount of Brontosaurus Burgers in a level by matching 3 or more identical Flintstones character portraits before the time expires. 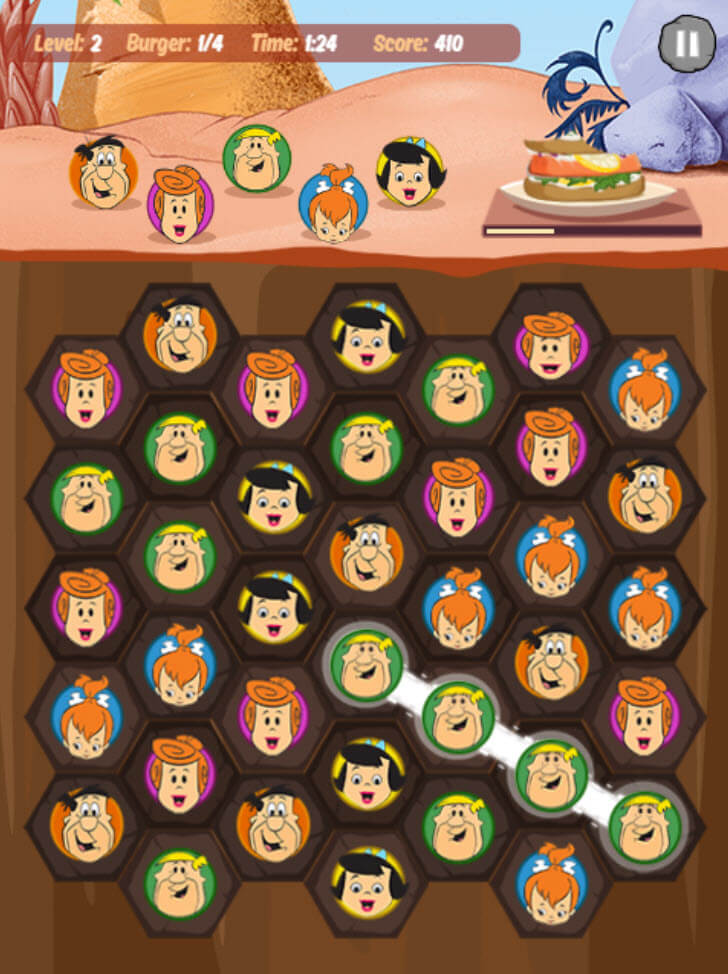 The Flintstones Brontosaurus Burger Bites is a re-skinned version of Monsters and Cake, an original game that we developed. Most of the game assets on the original game were replaced with characters from the Flintstones to make it fit the cartoon’s stone age theme. 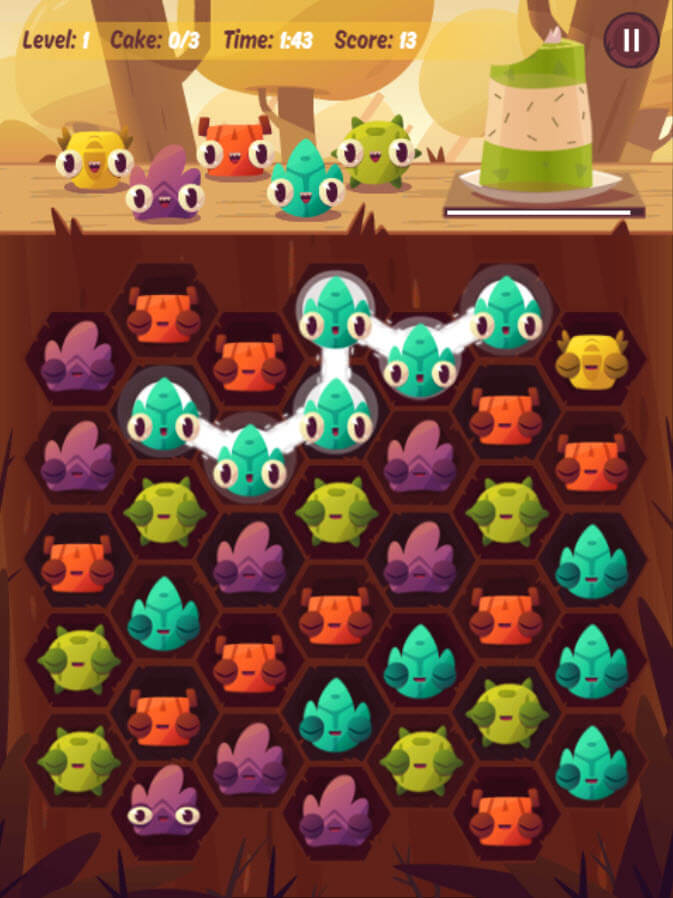 The Flintstones Brontosaurus Burger Bites was originally based on this game.

Picking the right game for a brand is crucial as it has to match well with the brand’s market plan and target audience. We decided to rebrand Monsters and Cake as a Flintstones game due to its simple yet addicting gameplay. Replacing the little creatures with the portraits of The Flintstones characters help makes the game more appealing for the long-time fans as well as for the kids who are still new to the classic cartoons.

One of the advantage for re-branding games is that there is already an existing game ready and it saves manpower and time in rebuilding the game as it only requires to change the assets while maintaining the core game mechanics. This way the clients can receive the finished product in less than a week and they can deploy it to their designated platforms in a shorter time span.

The game runs on HTML5, which makes it playable on browsers regardless of whether the user is playing it on the PC, smartphone, or tablet. Launching re-skinned or re-branded games brings big benefits to brands. It adds a level of interaction and engagement to its target consumers that would help them understand the brand better. Added with a concrete marketing plan, brands will be able to reach new audiences than before.