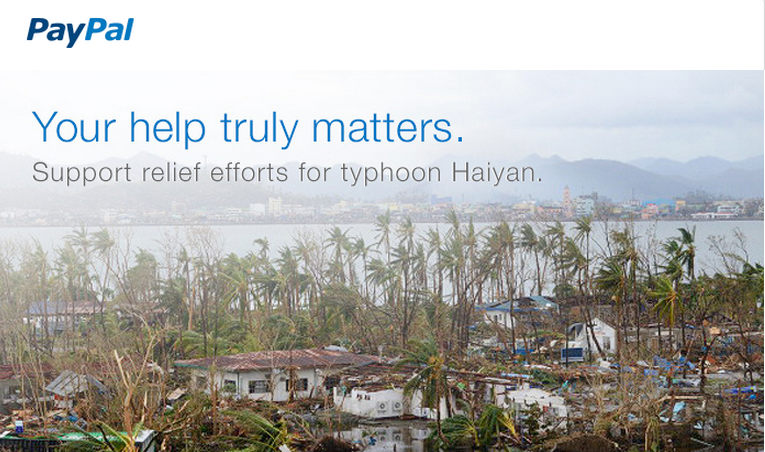 I received an email from Paypal today, asking for donations to the victims of Typhoon Haiyan in the Philippines. It's probably one of the first donation emails i've received from Paypal, and I immediately clicked through, all the way to the donation point.

Without much difficulty, I managed to donate small amounts of money to 4 funds of choice:

As a technologist, I felt that the process was relatively straight forward. However, i did have to enter my password 4 times (for each donation), which would have caused a drop-off rate for donors wanting to spread their donations.

Hope Paypal's team realises this slight inefficiency, and takes the appropriate action action. Every second counts, in times like these.