We've always been inspired by aquarium-based games. What if, we took the same experience, combine it with a hunting perspective, and throw in a shark character? Shark Attack is our latest HTML5-based game, which works across all modern desktop, mobile and tablet devices. 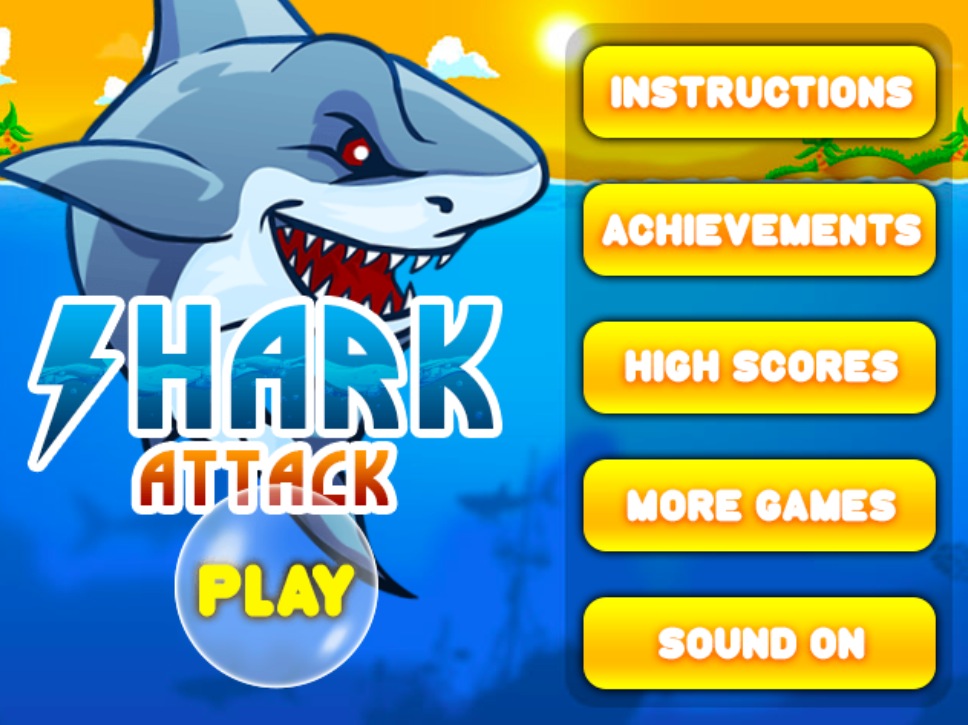 The player assumes the character of a very hungry shark, whose goal is to survive. Three metrics control its survival:

All three metrics are represented by the bars at the top. The health is strongly dependent on the availability of food and air.

Being a shark is fun! Players move the shark around, attempting to hunt for other marine life. Prey includes fish, crabs, squid, divers, boats (yes) and even birds.

We built several cool functions including a boost mode, where if activated, will boost the speed of the shark, allowing it to go into a frenzy mode. We've also built an achievements system, which rewards players with badges when milestones are met. 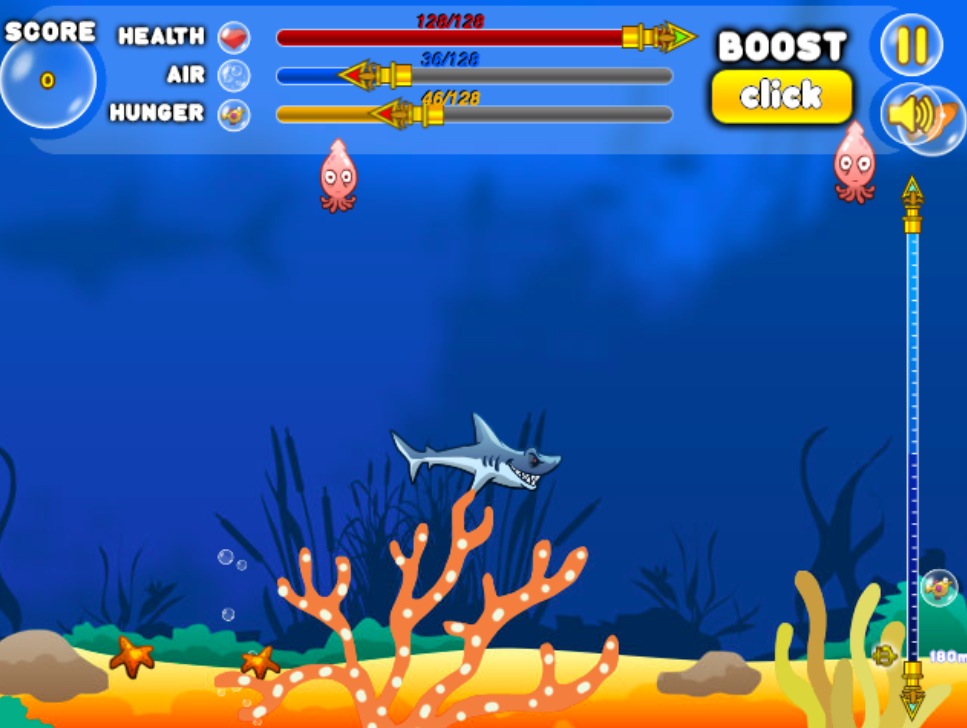 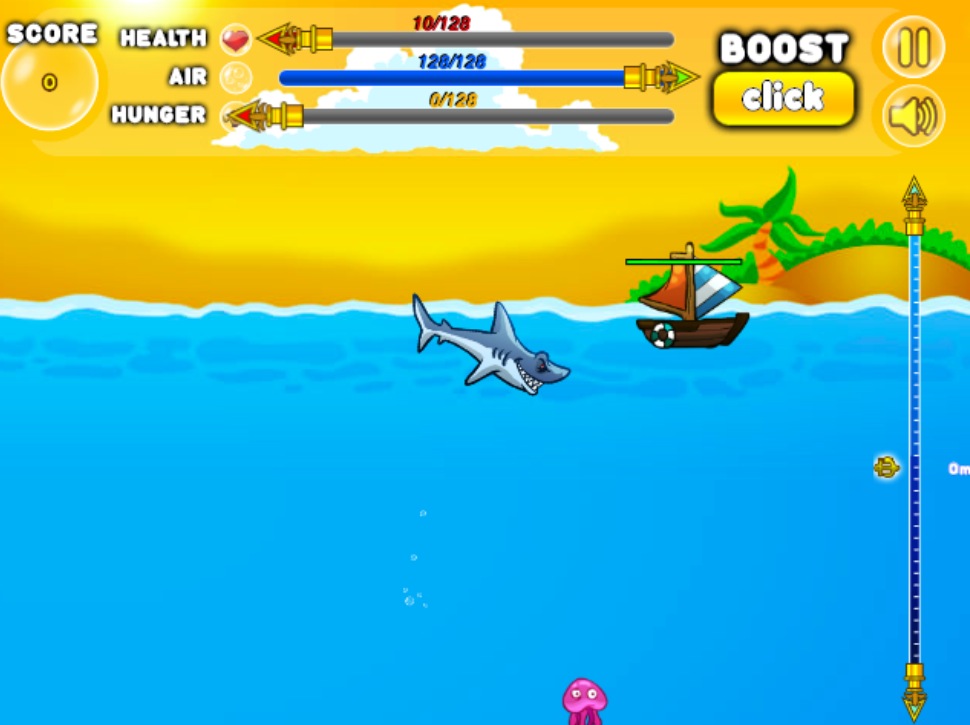 Overall, Shark Attack is a fun game for everyone. We've designed it to include very high replayability. It's really easy to spend hours attempting to gain the achievements in the game.